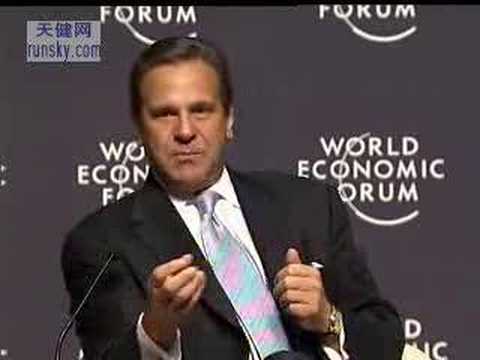 A Look at DCG & Bitfury's Incestuous Ties With the U.S. Government

Board of Digital Currency Group
Glenn Hutchins
Advisory Board
Larry Summers
DCG of course is an investor in both Blockstream and BTCC.
DCG's money comes from:
DCG also owns Coindesk.
BTCC and Bitfury are the only two large mining pools who are outspoken in their support of Bitcoin Core.
 The Bitfury Group Leadership to Present at Clinton Global Initiative (https://archive.is/MWKee)
Full Video (Begins at 32:00)
“The Bitfury Group is proud to be the world’s leading full service Blockchain technology company, we are deeply honored to represent this innovation to an audience of extremely dedicated game-changers, and we look forward to highlighting our company’s groundbreaking ‘Blockchain for global good’ work at such an important event, said Smith. “From the White House to the Blockchain, I know this technology has the power to deliver inclusion and opportunity to millions, if not billions, of people around the world and I am so grateful to work for a company focused on such a principled vision.”
 Bitfury Lightning Implementation
Chairman: Avinash Vashistha
CEO: Chaman Baid
CSO: Nandan Setlur
 BitFury Enhances Its Advisory Board by Adding Former CFTC Chairman Dr. James Newsome and Renowned Global Thought Leader and President of the Institute for Liberty and Democracy Hernando de Soto (Businesswire)
 Bitfury Board of Directors
Robert R Dykes
The other board members include two Bitfury founders, and an investor.
Bitfury Advisory Board
James Newsome
Hernando de Soto
Tomicah Tilleman
Jamie Smith
Jason Weinstein
Paul Brody (no longer appears on site, and his LinkedIn has no mention of Bitfury, but he is mentioned in a Press Release
 New America Foundation
 Muskoka Group
[note: this is worthy of much more research]
 Blockchain Delegation Attends Democratic National Convention https://archive.is/k16Nu
Attendees:
Jamie Smith — The Bitfury Group & Blockchain Trust Accelerator Tomicah Tillemann— New America Foundation & Blockchain Trust Accelerator Alex Tapscott— co-author: Blockchain Revolution Brian Forde — MIT, Digital Currency Initiative
 Brian Forde
Alex Tapscott
 World Economic Forum
 Bitfury Washington DC Office
Washington DC Office 600 Pennsylvania Avenue Suite 300 Washington, D.C. 20003
http://bitfury.com/contacts https://archive.is/ugvII
 Bitfury Chosen for Ernst & Young Blockchain Startup Challenge
 Deloitte Unveils Plan to Build Blockchain-Based Digital Bank http://www.consultancy.uk/news/12237/deloitte-unveils-plan-to-build-blockchain-based-digital-bank https://archive.is/UJ8Q5

PSA: 31 Chinese cities have GDP the size of countries, and they're all rushing into Bithumb. This is your second chance to ride the Bitcoin rocket again through Bitcoin Cash.

Only 3 things you need to know:
1) China banned Bitcoin trading.
2) Chinese moved trading to the Bithumb exchange in Korea.
3) China has almost 1.4 billion population, and 31 cities with economies the size of countries:
In the past 2 hours there have been many comments wondering/complaining about why Bitcoin Cash prices are being influenced by just one exchange (Bithumb), because many people are not familiar with the scale they're dealing with, this link will help them visualize the situation: when the Chinese rush in, it's actually 31+ countries worth of people rushing in in terms of capital:
http://www.visualcapitalist.com/31-chinese-cities-economies-big-countries/
When the Chinese rush in they often run over everything in their path:


List of Chinese cities with economies the size of nations:


Gaining perspective on China’s monstrous economy isn’t always the easiest thing to do.
With 1.4 billion people and the third-largest geographical area, the country is a vast place to begin with. Add in explosive economic growth, a market-oriented but Communist government, a longstanding and complex cultural history, and self-inflicted demographic challenges – and understanding China can be even more of a puzzle.
City by City
To truly grasp the emergence of China, one approach is to look at the impressive economic footprint made by the country’s cities.
Of course, cities like Shanghai, Beijing, and Hong Kong are the metro economic powerhouses that most people are familiar with. But have you heard of cities like Shijiazhuang, Wuxi, Changsha, Suzhou, Ningbo, Foshan, or Yantai?
There are literally dozens of Chinese cities that most people in Western countries have never heard of – yet they each hold millions of people and have an economic output comparable to nations.
Here’s a list of 35 of them, the size of their local economy, and a comparably sized national economy:

Returning from Thanksgiving holiday, US traders who braved record cold temperatures on their office commute are in a sour mood, with S&P futures sharply lower, following the latest sharp drop in Chinese stocks, where as noted earlier the Shanghai composite lost the 2,600 level, tumbling 2.5% to one month lows after the WSJ reported Trump asked allies to boycott China's telecom giant Huawei.

The news dragged Asian shares lower, while Europe was mixed after the latest disappointing PMI which saw German Manufacturing and Services miss expectations, dragging the Eurozone Manufacturing PMI to 51.5, missing expectations of a 52.0 print, a 30 month low and the weakest since print since May 2016, while the composite index tumbled to the lowest level in 4 years in November.

Contracts on the Dow, S&P and Nasdaq all pointed lower, after Chinese equities led regional declines in Asia, with the technology sector weak on concern the U.S. is ratcheting up a campaign against Huawei Technologies. The result was a sharp drop in the Shanghai Composite, which slumped to levels last seen in late October, wiping out the recent rally.

The dollar climbed and the euro reversed earlier gains as data showed German’s growth outlook weakened; the Euro slumped on renewed fears the slowing economy may delay any ECB balance sheet normalization while the pound handed back most of Thursday’s gains. In the latest Brexit news, Tory Brexiteer Iain Duncan Smith stated that the Brexit deal will be killed off by him and his Brexiteer colleagues in Parliament, while he is said to dismiss PM May’s efforts to adopt a tech solution to the Irish border problem and implied it is meaningless, according to ITV’s Peston.

Elsewhere, emerging market currencies and shares fell on renewed China trade concerns. Bitcoin declined and is on course to lose more than 20% this week.
Meanwhile, in commodities, WTI saw another sharp decline through $53, after energy minister Khalid Al-Falih said Saudi Arabia is producing oil in excess of 10.7 million barrels a day, more than in recent years, giving the strongest indication yet that the kingdom has boosted output to record levels. “We were at 10.7-something in October, and we are above that. We will know exactly when the month is over,” Al-Falih said. That said, he added that “we will not flood the market. We will not send oil that customers don’t need. And we’ve started doing that in December, and I expect we’ll continue doing that into the new year.”

The Organization of Petroleum Exporting Countries and allied producers warned earlier this month that oil markets will probably be oversupplied in 2019. Concerns that slower economic growth and a trade war could erode demand for oil are outweighing fears of potential shortages caused by U.S. sanctions on Iranian exports and supply disruptions elsewhere.
As a result, WTI has wiped out all modest gains observed in recent days, and was trading back at 1 year lows headed for its 7th weekly drop.

traveling China only with Bitcoin!!

The miners in the mainland China have run away. Is this the historical inevitability?

News roundup for the previous week.
In International news
In Domestic news
In SciTech news
In Economic news
In Military news
Other Notables

News roundup for the previous week.
In International news
In Domestic news
In SciTech news
In Economic news
In Military news
Other Notables

This video is unavailable. Watch Queue Queue. Watch Queue Queue No stranger to record-breaking projects, China has now completed one of the largest airports ever conceived - the USD $12BN Daxing International in Beijing. ... Understanding Japanese laws to avoid foreigner tourist arrests. Thanks to Squarespace, get 10% Off: https://www.squarespace.com/paolofromtokyo The Japanese j... dalian kusuma Videos; Playlists; Channels; Discussion; About; Home Trending History Get YouTube Premium Get YouTube TV Best of YouTube Music Sports ... Bitcoin Mining Hardware CPU's: In the beginning, mining with a CPU was the only way to mine bitcoins. Mining this way via the original Satoshi client is how the bitcoin network started.