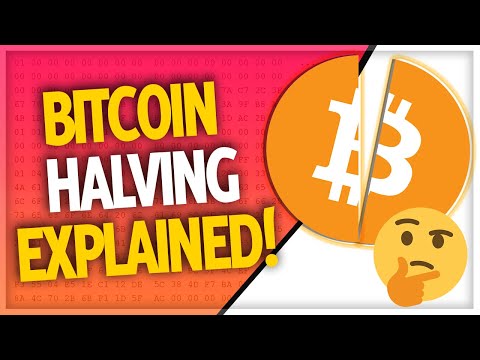 Week #6 catch-up news is finally here!!
By the end of this week we had seen the end of an accumulation period since May as we saw the market make a shot upwards. Its daily volume and marketcap increasing suddenly, many Altcoins especially in the defi sector pushing upwards. Bitcoin inched towards 12k and Ethereum jumped 12%. Chainlink also jumped to all time highs (twice!) and increased its market share.

We saw Nasdaq firm 'Marathon Patent Group' purchasing Bitcoin miners from Bitmain for $23M, a sizeable investment resulting in them potentially being the biggest bitcoin miner within North America.

US Federal Reserve reveals Building a digital dollar with MIT, a Central Bank Digital Dollar utilise the blockchain technology. In a multiyear effort in collaboration with MIT they want to build and test a hypothetical digital currency oriented to central bank uses.

Bitcoin halving event resulted in Miner Hut 8 (a mining corporation) 2nd quarter to plunge 67% to $6.9 million from $21.2 million a year ago. For continued profitability the reward of Bitcoin will have to outweigh the cost to mine. As we have seen, the difficulty in May doubled cutting rewards by 50%; because of this we should expect innovation within Bitcoin mining equipment to offset the difficulty challenges in the future.

On the other hand Novogratzs' Galaxy Digitial Holdings reports $38.5M in income for Q2. Its operating revenue growth is just over 24% for the first half of 2020 compared to the same period a year ago.

Further adoption within the Cryptocurrency space as 4 of South Koreas largest banks to provide cryptocurrency services, this is definitely more signs proving larger institutions want to get a slice of the blockchain pie and the technology is interesting for them (as mentioned above, more likely for a CBDC). Grayscale launches a Bitcoin TV ad campaign and increases their crypto funds as $217M pours into them.

Also fraud ICO 'Boontech' is charged by the SEC for $5M. This is good news as it helps to expose fraudulent activity happening within the cryptocurrency space and deter further happenings of scams and fraud.

Thanks again for the read and as always hope you get at least a little bit away from this! Cheers to:


For constant updates on the cryptocurrency space, it is a huge help every week to write these. So go and follow each of these for the updates! :)
Also here is our discord link, Join the conversation though the many topics or add your voice too. We all have something to give and here we want to expand on our knowledge and help each other through these interesting times!

Bitcoin Hashrate Has Hit a New Record-High Again, Here's Why It's Optimistic

The total hash rate of the Bitcoin blockchain network has hit an all-time high, demonstrating an optimistic after the halving. Bitcoin’s third block reward halving in history occurred on May 11, 2020. Immediately after, its hash rate dropped from 121 million terahash per second (TH/s) to 90 million TH/S. The rapid recovery of Bitcoin’s hash rate shows that the mining sector is healthy, which could lead to market stability. A positive catalyst for Bitcoin in the medium-term Following a block reward halving, the hash rate of the Bitcoin network tends to drop substantially. The halving drops the amount of BTC miners can produce by half, causing their revenues to decline. When miners struggle with recurring expenses as a result of lower BTC production, they typically sell their BTC reserves. In the short-term, until a major difficulty adjustment occurs, the risk of miner capitulation or massive selling pressure is low. Alejandro De La Torre, the vice president of Poolin, explained that older machines have become profitable as well. That means even individual miners could be profitable and are likely less compelled to sell BTC. Torre explained: “Yesterday's two-week difficulty re-adjustment saw a decrease of - 2.87% & an average hash rate of 120.57 EH/s. What's interesting here is that the hashrate continues to increase, definitely related to the current #bitcoin price - older machines are profitable again.” Consequently, Torre said the hash rate of the Bitcoin network would likely continue to increase. The difficulty to mine BTC is lower than in previous weeks, and the price of BTC is above $11,000. He noted: “Difficulty is now lower than the last two weeks from 17.35T to 16.85T and the price is much higher so expect strong hashing for the next two weeks, all dependent of the price at the end of the day.” A record-high hash rate merely three months after the halving can be considered an optimistic trend. It shows that due to varying factors, which includes cheaper electricity in Sichuan, China, the mining industry is stable. Many large mining centers are based in Sichuan. Due to the rainy season and the presence of hydropower plants, lower-cost electricity is available for miners. Optimistic market cycle According to data from ByteTree, the net inventory of miners over the past five weeks is hovering at 30 BTC. The data shows that miners have not sold more than they mine, which leads to less selling pressure on BTC. Relatively low selling pressure from miners is a positive factor that could allow BTC to sustain its strong momentum. It also indicates that Bitcoin is on track to recover from the halving before the fourth quarter of this year, demonstrating the resilience of the sector. About the author Joseph Young Joseph Young is an analyst based in South Korea that has been covering finance, fintech, and cryptocurrency since 2013. He has worked with various recognized publications in both the finance and cryptocurrency industries.

Where is Bitcoin Going and When?

Halving on the way: the cost of bitcoin in May

Mining: Weird Time to Start, a Good Time to Think

Halving History Suggests Bitcoin's Price Is Heading for $11,210Block Reward HistoryMining is essentially a record-keeping service, and miners, who keep the blockchain consistent, complete, and unalterable by repeatedly verifying and collecting the newly broadcast transactions into new next bitcoin reward halving blocks, are rewarded with a set amount of newly created bitcoins and transaction ... The following is a list of websites that are counting down each crypto’s reward halving in different ways, so people can monitor the bitcoin halving events. What is Bitcoin Halving: Definition. Let’s start with a BTC halving definition. Block halving refers to the moment when a miner’s reward for solving a new block reduces by half. That’s why they call it halving. When is halving expected? It is a planned event that happens every time 210,000 blocks are mined. Let’s do some math: it takes about 10 min to mine a BTC block, therefore ... By definition, we can say that it’s a programmatic reduction in the number of Bitcoins that are being mined and brought into circulation. Each Bitcoin mining reward is halved about every four years to control the circulating supply being released into the market. The Bitcoin Cash Halving Countdown - 50% Less Block Reward The Bitcoin Cash ( BCH ) network will face a halving on wednesday this week and many BCH proponents are getting ready for the big day.

Bitcoin Halving 2020 is coming up. What is Bitcoin Halving and How will the next BTC halving be different? Here is the Answer - Bitcoin Halving is the phenomenon by which the miner reward keep on ... Start trading Bitcoin and cryptocurrency here: http://bit.ly/2Vptr2X Every 4 years on average (210K blocks) the reward granted to Bitcoin miners for adding a... Bitcoin halving 2020 explained: if you want a simple explanation of what the bitcoin halving is and what it means for bitcoin price, bitcoin miners, and for you, then this is a can't-miss video! The Bitcoin Halving Explained Unlike fiat currencies, which can be printed by central banks at will, the supply of bitcoin is limited algorithmically. There will only ever be 21 million bitcoins ... As Bitcoin's halving draws closer and closer, you hear more people buzzing about it in the crypto world. What exactly is Bitcoin's halving, how does it work,...